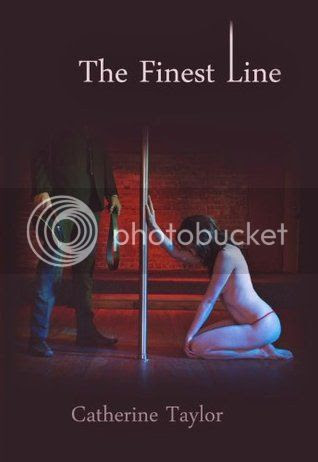 When potential Olympic gymnast, Mairead Kavanagh wakes up in an Australian hospital after a drug and alcohol binge, her ordeal has only begun. The police are waiting to interview her over the death of her friend Joshua Mason who has plunged to his death from the balcony on which she was found. Frightened and a long way from her home in New Zealand, she has no one to turn to until the arrival of the one man who has intimidated and infatuated her more than any other.

James Vaughn has been her chauffeur and body guard for five years and the only person who has been able to subdue her. An ex soldier of the British Army, James is composed and disciplined, unlike his boss’s daughter who seeks constant excitement which sometimes can prove dangerous.


Forced together until he can get her home, the barriers of their relationship begin to break down. Mairead fears her attraction to him stems from the strange desires that she has fought to suppress.


As their relationship blooms, her happiness is short lived with the arrival of another man who knows a terrible secret about Mairead. Now she must choose between two men, one whom she loves and the other who can destroy her life.

Mairead is the daughter of a politician and a New Zealand gymnast . She is introduced at the beginning as a spoiled, junkie over indulged brat since the beginning of the book. She always gets in trouble and has a "Devil may care" attitude.

She is partying at a hotel with her friend Josh, and loses consciousness and when she wakes up she realizes she has gotten in a big trouble because her friend died ... What?! Yeap he did by falling from the balcony of hotel room they were the night before. She becomes somewhat a "suspect". She gets blackmailed and the chaos begins.

Who comes to her rescue?! James Vaughn. Since she was a teenager, her father hired an ex Army, HOT as hell guy to be her chauffeur/bodyguard. Although Mairead doesn't respect authority, he´s been the one and only capable of controlling her.


"What are you doing James?"

There was only silence but when he spoke his voice was eerily calm.

"If I hear one more disgusting word come out of your mouth, I will take you over my knee, take your pants down and spank your bare bottom to the colour of a ripe cherry."

Throughout the story she realizes that the party where Josh died was being held by Mark Lewis a man from whom she indulged in  drugs and she was also video taped auctioning her virginity to him *SIGH*.  Her rebellious behavior pushes James to discipline her and fulfill his promise of getting her bottom like a ripe cherry in a very humiliating way and she finds herself being sexually aroused by this act. He of course, sends her to sleep giving her no opportunity of release LOL (That bastard knew what he was doing to her).

She has been having a crush for James since she was a teenager even when she doesn't admit it. But after her  bare ass spanking she starts showing her hidden feelings for him.

What will happen to these two. To whom is she going to give her virginity?

This book is a must read.!!! I got it from Amazon.. I wasn't convinced because as you know most of the freebies are horrible ... well not all of them apparently. This one has everything romance, sex, love/hate relationships,  action, blackmail etc...I didn't expect this book would be so good and I have read it twice....Wowwwwww Mairead and James relationship was so cute..They are perfect for each other.. I fell in love with him instantly. I couldn't  put it down... Pfff what else is there to say..?? This one is a keeper...I´m looking forward to read more of Catherine Talylor´s books in the future. Fortunately she wrote a trilogy. I  read this book since Nov 2012.

Next installment A Line Crossed (The Finest Line #2)