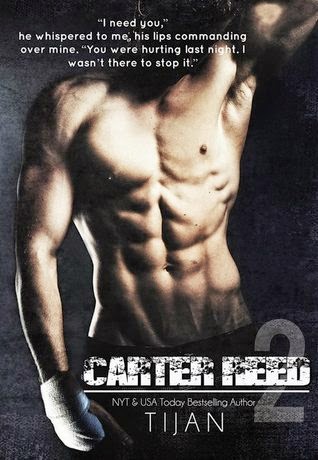 Carter bought his way out of the mafia to protect Emma, but when an old ghost returns to the Mauricio Family, a chain of events starts that can harm everyone. While Carter must decide to return to the Mauricio Family or not, a face that is oddly familiar to Emma comes into her life. She’s given the chance to discover more about her family while tension between the rivaling Mauricio and Bertal Family comes to a head in an explosive way. The truce is officially off, and when the two worlds collide, Carter’s decision is made.


He didn’t start this war, but he will end it.


He will do anything to protect Emma.

This will be a great read if you are trying to forget about the Indebt Series while the next two books are published LOL. The storyline was great, I stayed awake until three a.m. to finish it. It has wit, suspense, romance, passion and most of all DRAMA. Oh how I love drama.

It took the author to write this one two years after the first installment was published. I never imagined I'd see a sequel. You'll loooveee Carter and will fall for his charms hard and fast again. He is hot, a killing machine and better yet, the cold killer, formerly The Mauricio's secret weapon because he is "out of business". He only makes The Mauricio's and the Bertal family richer as a treaty to avoid retailiation against Emma. This guy has everything but unfortunately his happiness doesn't last long. Carter wants to protect at all costs his relationship with her but everything seems to change when one of the families breaks the treaty and she gets targeted. Everybody wants him back. They want him to lead, they want him to kill for them, they want to kill him too but above all, they want to destroy his happiness and they know that the only way to get the Cold Killer back in mafia business, is if they move out of the picture the one thing he holds dear...

"Sometimes I was a cold bastard, but I wasn't heartless, not unless I needed to be..."

This book made me laugh and I'm sure you won't be disappointed either.

Carter is torn between going back to his old ways to protect what he holds dear and going back to help his mafia brother Cole Mauricio who had been hiding for 5 years until the time was right to go back and lead the family business.

"You're smart. So am I. You plan. So do I. But while you wait to make sure the whole team will back you up, I'm already in there and doing it, no matter who's with me and who isn't."

I got annoyed several times by Emma. She just never understood her place... she was so stubborn but anyway those two belong to each other. And she was also selfish towards her friends. I think they loved her more than she did them even though she said everything she did was to protect them. Blah!

I really liked Cole up until the end.

I also would like to see another installment so the love story can be finally completed. Pretty Please?